Pop up restaurant raised thousands of euros in two hours

Jeveen Shrestha (28) lost six of his close relatives in the earthquake.

Shrestha is studying third year in Oulu University of Applied Science. He is far away from home, but he wants to do something to help Nepalese people.

That is the reason, why last Sunday he was working in pop up restaurant, which was built up to collect money to earthquake victims in Nepal. Restaurant was organized by voluntary organization Maya Nepal, YWCA Oulu and the Evangelical-Lutheran parishes in Oulu.

Almost 300 people came to support Nepal. The donated 3300 euros and many made donations also by phone.

– The moral support we Nepalese are getting from Finns is really appreciable. We are really grateful for all the financial supports provided for the victims in Nepal. Food, clean water, medical treatment and shelter are crucial helps we need.

Jeveen Shrestha thinks the best way to help Nepalese now is to give hands in relief work.

– The relief work is still going on in many remote parts of country. There are still many people who have not been rescued yet, he reminds.

AT THE POP UP -RESTAURANT there were many hands making it possible. Stiven Naatus, the priest for international work in Evangelical-Lutheran parishes of Oulu, says the pop up restaurant was a success, because it brought together those people, whose life the earthquake has had an impact and those who wanted to help.

– I realized only after the earthquake, that there are a hundred Nepalese people living in Oulu. They are part of the community, and part of this town.

Priest for international work thinks that there should be more happenings like pop up restaurant in Evangelical Lutheran church because making things together makes community spirit stronger. You don´t need to make up events out of nothing, rather than make something happen concerning things that are current or in the news.

SOME OF THE PEOPLE who came to eat had some kind of connection to Nepal. One of those was Matleena Kokko, who came to pop up restaurant with her children Riiko and Eedla Agarwadeker.

– Half of the staff in Nepalese. After the earthquake they went home to help, although they may not have a home anymore.

Pirkko and Reino Tuppurainen have got to know Nepalese culture through their daughter´s Nepalese friend who lives in Finland.

– Her family is safe, but their home got damaged in the earthquake, says Reino Tuppurainen.

Pirkko and Reino Tuppurainen were pleased, that so many people had come to eat.

– You can tell that the people in Oulu feel strongly for Nepal.

FOR RESTORING the civilization again Nepal needs support and assistance of advance technologies. Jeveen Shrestha says, that the young Nepalese know, that many houses were not planned and built earthquake resistant.

– Therefore, the best way to rebuild Nepal to avoid disasters would be proper planning, construction of earthquake resistant infrastructures and educating people about ways of preventing destructions.

He doesn´t blame anybody, but he says there were lacks of preparation and awareness.

Read article in Finnish
Lue juttu suomeksi
Were you at the pop up -restaurant? Was it a success, like they say? What do you think, should there be more events like this? 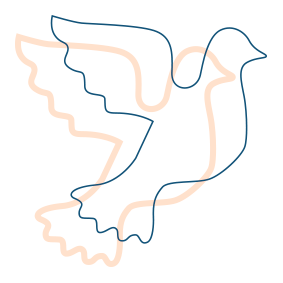